The common theme that runs through life in most of western Europe is that work does not infringe on private time, downtime or family time.

I used to live in a land where people arrive home from the office at a reasonable hour like clockwork. Where families eat dinner together. Where vacations are taken, not accrued. Where everyone–adults and children–stops whatever he or she is doing on Sunday to enjoy a long, leisurely midday meal together.

No, I didn’t live in Fairyland or in the 19th century. I’m an American who for the last four years lived in Divonne-les-Bains, France. The common theme that runs through life there–and indeed through most of western Europe–is that work does not infringe on private time, downtime or family time.

Before my husband got a job in Geneva and we relocated with our now 10-year-old son to a town on the French-Swiss border, we generally went our separate ways on weekends. Yes, we might plan a family activity on one day–say, a trip to the community pool in summer or a museum in winter or a bike ride in fall. But, to be honest, while my husband and son bonded, I often relished the time to myself to catch up on work in my home office, go to the gym or, that rare treat, sneak off to a late-afternoon movie with girlfriends. And, like so many Americans, we didn’t hold Sunday sacrosanct.

Why would we? Costco ( COST – news – people ) was open. Ikea was open. Errands were crying out to be done.

In France, Sunday is truly the Sabbath. Shopping is nearly impossible because few stores are open, save for the traditional open-air market still found in many towns. Going to one can be a social event. You might see someone you’ve been meaning to catch up with at the stall of the bread guy from Savoie or in line at the fishmonger. Then you come home from the market and get ready for lunch.

Everything and everyone stops for lunch. If you’re not having guests to your house or going to someone else’s place, then, at the very least, your whole family gathers at the table and eats a real meal–not the quick snack I favored in the U.S. If you’re invited to a French person’s house, you can be sure that lunch will be hot, and it will be long. Wine is involved. Dessert is involved. Children are involved. No one seems to be on a diet, and no one is pressed for time.

I now realize that this enforced social custom makes even the most hard-charging, frequent-flier-mile-acquiring executive, male or female, slow down and just be. With their families, with their children. And it’s a very sane way of being together. It’s not studied or practiced. It’s not “quality time.” It’s just lunch.

This doesn’t mean that European countries have perfected the work-and-family balance. In France the juggling is made easier by government subsidies and legislation. Kids can eat lunch provided by their schools. But just across the border in Switzerland, there are no school cafeterias. Kids must go home for lunch, which means someone must be on hand in the middle of the day.

Sometimes it’s a nanny, a grandmother or a father, but usually it’s Mom, even if she works outside the home. Likewise, in France on Sunday, women are usually the ones cooking.

But the fact remains that work doesn’t always take precedence there. Working couples and their kids get plenty of vacations–maybe two weeks in the summer plus a week at Christmas, and multiple long weekends. And they spend vacations together at the beach, on ski slopes or visiting exotic places.

Nor is family time ignored Monday through Friday. I have an American friend who has worked at several large corporations in Europe, and she’s always home for dinner, even if it means rushing to get out of the office at the end of the day. After the kids are in bed, she’s often e-mailing with work colleagues well into the night. But the family dinner is a ritual my friend won’t miss.

I commend her for this but also wonder: If her office were in Los Angeles or Chicago, Philadelphia or Detroit, would she be able to stick to it?

I wonder about this now that my husband’s career has led us back to the U.S. If I’m lucky enough to find a job in this economy, I’ll have to accept stingy American-style vacation allotments and the long-hours work culture. Will I have the strength to avoid grab-and-go weeknight meals and errand-laden Sundays?

I changed during my four years in Europe. I now see the importance of the pause, both the one at the end of the day and the one at the end of the week. I understand the importance of desultory mealtime conversation, the chance to savor not only food but also the company of family and friends. I hope now that I’m back in the land of “always on,” I’ll have the strength to decide on my own personal do-not-cross lines. And I hope I have the will to resist stepping over them.

Anne Glusker is a writer who recently returned to the U.S. after living in France. 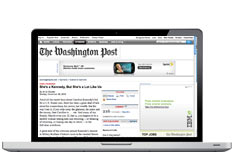