Stir It Up: Beach eats

Stir It Up: Anniversaries, ours and theirs

In what may be Anne Glusker’s swan song, we look back at highlights from the past year to fête the programme’s one-year anniversary—and the multiculturalism of American food, as well as the state of American agribusiness, as our friends in the the States get ready to celebrate that country’s birthday.

Stir It Up: Eating the American dream

American cuisine can be called diverse or schizophrenic. The colonists brought the food they knew from England, the descendants of slaves gave birth to Soul Food, and successive waves of immigrants have enriched the country’s diet with everything from bagels to fajitas. Anne Glusker takes us on the tour, and gives us a look at Barack Obama’s gastronomic background. 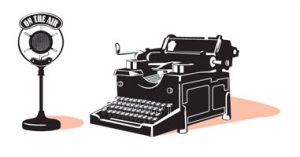