Stir It Up: Dishing up sorrel

Sorrel is one of those things that lots of people have heard of, but few know what to do with. Anne steps into her garden & discovers the joys of sorrel as a soup, sorrel as a sauce for fish, sorrel as addiction.

Stir It Up: Hot summer salads

Anne Glusker shares some of her favorite cold foods for the dog days of summer.

Alpine Nation: a small country with big-time food traditions. And intello-gastronome Stéphane Boisseaux has created an innovative cyber tool to keep track of it all.

Stir It Up: Lettuce power!

The early lettuces are starting to come in, and although salads are great, Stir It Up has a daring suggestion: lettuce soup. Velvety green, it’s just the thing to welcome spring.

Stir It Up: Epiphany cake and cardoons

Anne Glusker tells us how to make a cake to celebrate Epiphany the Swiss way—and dares us to peel a cardoon.

In the Swiss Jura, the end of harvest season is traditionally marked by the butchering of a pig, and not a morsel goes to waste at the annual Fete de St.Martin. Plus: a look at the world of wild mushrooms.

Stir It Up: Berries

For a food lover, one of the great joys of summer is eating berries. Anne Glusker takes a look at the varieties on offer in Switzerland and places where you can either pick your own or buy directly from the farm.

Stir It Up: At the fish market

This week Anne Glusker takes a dip in the murky waters of buying fish. What species can we eat with a clear conscience? Where can you find authentic fish from the lakes of Switzerland?

Stir It Up: Food of love

Valentine’s Day, the love holiday is coming up, and Anne Glusker has ideas on how to fête your sweetie. Chief among them: truffles. Journey to the French village of Richerenches to get the full aromatic picture. 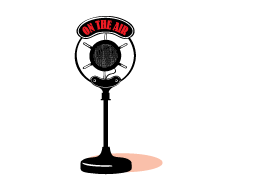